I have to follow up on my blog from January US top performers 2018. I want to teach you how I reason around finding top performers.  Is it the case I am just lucky or is it some elements in my analysis you can learn from. 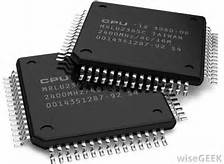 In January I came with Netflix, Weight Watchers , AMD & Nvidia. These are stocks you probably have heard of.  These stocks performing for some time now. 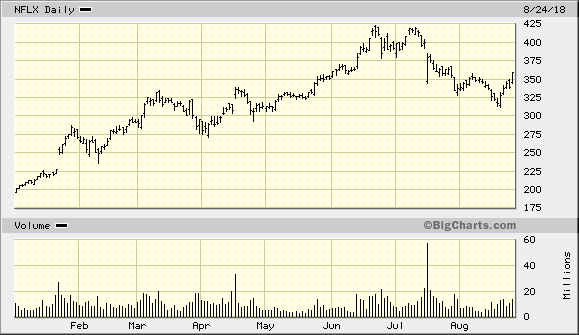 Netflix had rallied 40 % in January and was the best S&P 500 of the year.  It rallied cause of its earnings and heavy subscriber growth figures.  I have many times told you my belief in a great potential in subscribers.  It seems like this belief has paid off.  Now Netflix the 3rd best S&P 500 of 2018.  Why not start using potential of stocks in your stock analysis. 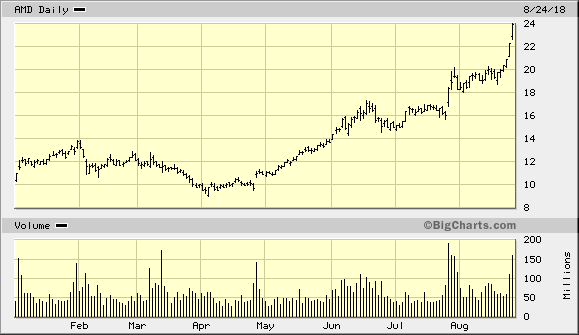 Last summer I came with a semiconductors blog. I presented AMD & Nvidia as top performers. This year AMD is the best performing stock out of the 500 Standard & Poor’s.  Why has this happened.  Last summer I presented the strategies of AMD, to enter the high end market of Nvidia and the server segment of Intel. These very profitable segments with close to monopoly pricing.  When reports started coming in this year these strategies starting to pay off the stock rallied big time.  Why not start taking strategies of a company you believe in into your stock analysis.

Weight Watchers peaked out medium term June and was at the time the best US stock overall in the 3 year span.  This has all been about Oprah Winfrey and her impact on the company’s performance.  Sometimes it is smart to pay attention to strategicly important owners . Oprah done Weight Watchers into one of the greats.

Nvidia also a semiconductor which has performed well.  Graphics chips for computers a profitable industry.

Hope you have learned somthing new in your way to pick stocks. This a topic I will probably elaborate further on in coming blogs.