In my April FANG blog I presented how I often reason around picking stocks.  I told you I tended to like stocks doing business in more modern ways and part of progress.  This the case for both Amazon & Netflix. 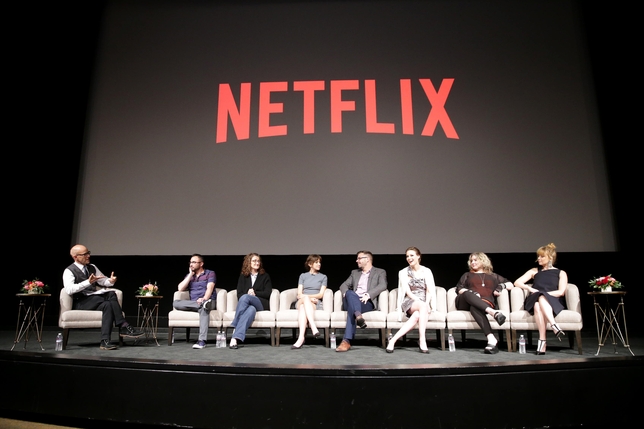 In my blog “The year of the FANG” I presented more of my FANG analysis.  When it comes to Netflix it has all been about its subscriber growth. My thoughts last summer was a potential of perhaps 5oom or even 1B subscribers.  This way beyond the present level of 115m.  Stocks with such great potentials possible winners in the marketplace.

Amazon I have always viewed as a growth case.  The 90’s internet bookstore, these days a global contender in e-commerce.  The reason why I have believed in the company as easy as mentioned above. A company winning ground in a new way of doing business. I one of those who believed in the internet to become a major marketplace in commerce. 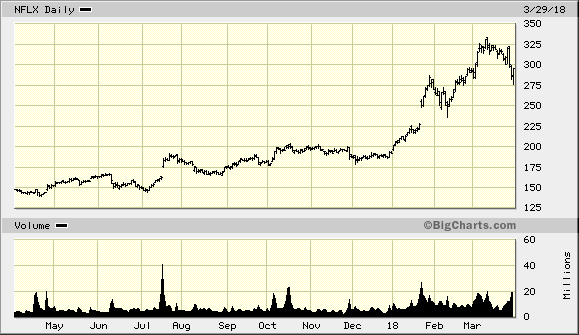 Hope some of you went long Netflix, a market winner the last year. Top 4 among the S&P 500. A 100% Return since my April 2017 blog I have to say I am pleased with. What has been the driver behind the stock’s rally?

You can see the big upticks in January and February this year.  It has been all about the big beat in subscriber growth.  The growth of subscribers at a greater pace than expected.  Now it will be interesting to see how quarter 2 starts and if we will have an earnings season run as we have had in past quarters. 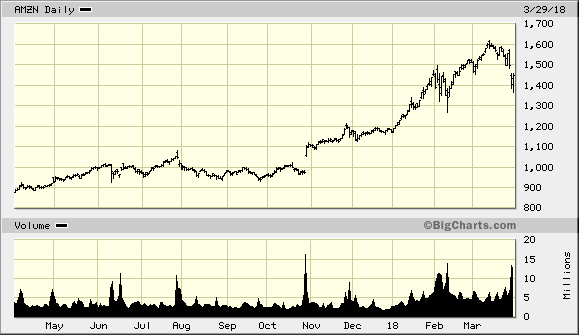 Amazon one of the best stocks in modern times.  Trading around $2 in the 90’s it has been one of the all time winners.  The 2nd best FANG since January 2017.

I view Amazon as a growth case and its business keeps growing.  One can ask oneself if to buy a stock with low profits like Amazon’s.  The general idea is the company to have great profits in the future when the co. shifts strategy from growth to making more profit.

I am happy it has been a winner and I hope I made some of you buy in.  As with Netflix we now have to look for the possible earnings season run of quarter 2.

I must not forget to mention the late market turbulence.  In my book it all started as all of the FAANG had come with earnings quarter 1. The market was more than mature for a correction.  Now quarter 2 will show the way ahead.  Let the market set its forward direction.