Started the year with focus on Salmon stocks.  The overall market had a lousy start and Salmon Stocks pointed themselves  out as a healthy investment. 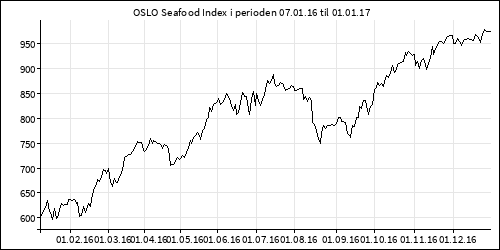 The sector ended up having another great year with salmon prices skyrocketing.  Hope you invested the index up more than 50% 2016.  Many an analyst think this rally will extend into 2017. 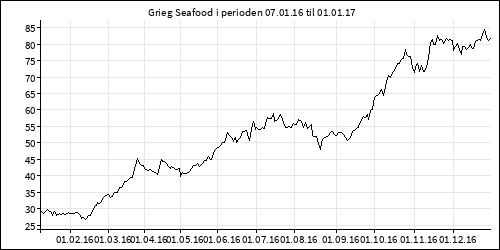 In January I started tweeting an oil bounce, continued focusing in May when I started paying attention to the overall Oslo Energy Index.  Oil stocks ended up among the 2016 greats. 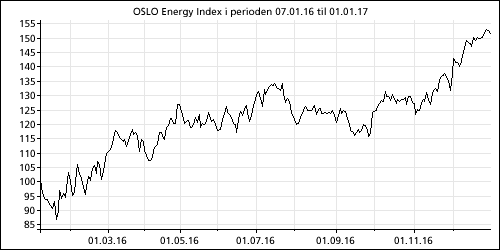 This the Oslo Energy Index.  Performing well 2016.  Ended up as one of the best indexes Oslo 2016.  With my focus this year on oil stocks hope some of the readers went long.  One of my main purposes is to give excellent cases for my followers. 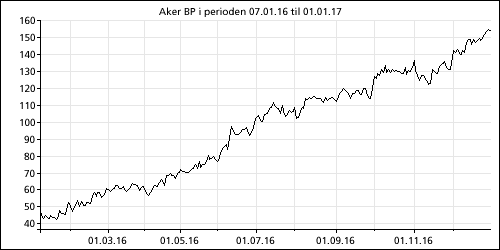 AkerBP – the best OBX stock 2016 – I brought to your attention around the kr 90 level – what a stock with an almost linear upward trend.

As a curiosity I can mention Noreco the best Norwegian stock this year with 750% got lucky mentioning it half way through 2016 at the +200% level.

These are all stocks we have followed through the year.  Happy to have pinned these out for you.

When it comes to the American Market it had another fine year.  The S&P 500 rallied almost 10% and our stocks performed well.  Resolute Energy corp which I followed from October ended up as the 2nd best US stock 2016.

For the traders I got to mention my typical trading stocks.  Voltari & Ocean Power Technologies a couple of stocks which ended up on the US top gainers list individual days.  OPTT even rallied 100% in 20 minutes after a tweet of mine.  Hope you made som good trades in these stocks.

Another superb year for some of our stocks.  2016 the year of oil and salmon.  We cannot count out these stocks’ performance may extend their rallies into 2017.  Perhaps the OPEC oil cuts starts working January and we get a nice New Year rally.