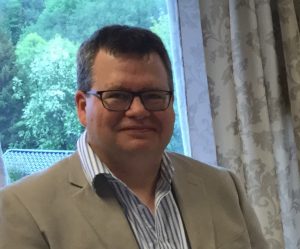 The author of this site has his expertise in researching, analyzing and giving advice on financial markets. He has a finance degree from The Norwegian School of Economics (NHH).  On Twitter he is known as RagnarFo, with its 17.000 followers one of the most followed accounts on markets in the Nordic Countries.  Some of the stocks covered by the author has multiplied in value.  His number of followers on Twitter shot through the roof when he covered the Tesla rally in 2013-14.  Marketwatch named Tesla the stock of the year in 2013. Tesla has become the 3rd best US stock the last 10 years with a near to 9.000 % return .  The author started his blog coverage in 2010 at $20. A stock like Amazon.com has been a favorite since the 90’s.  Amazon is a top 25 stock the last 10 years. In 2019-2020 his admiration for hydrogen stocks has paid off in the market.  FuelCell became the US No. 1 stock in 6 months on the New Year’s Eve 2019.  Fcel is currently a top 10 stock in the one year span July 2020. Among Norwegian stocks, one can mention salmon stocks, some of the Salmon Stocks became some of the best stocks world wide.  His emphasis on green stocks has given his readers a great chance to achieve a superior great return.  In the Norwegian market the green stock the best in the 3 and 5 years span.